"It was so good actually felt myself welling up at times." This webinar celebrates the launch of one of the most remarkable business biographies of recent years.

65 Roses and a Trunki: Defying the Odds in Life and Business, ghost-written by psychologist and co-founder of Cognition, Dr. Peter Hughes, tells the extraordinary success story of entrepreneur Rob Law, designer and inventor of Trunki, the award-winning children's ride-on suitcase that’s sold millions of units worldwide.

Born with cystic fibrosis, Rob watched his twin sister die from the same illness at sixteen. Told he could not expect to live into his twenties, he made a promise that he was going to defy the odds and live a long and successful life. Despite being humiliated in Dragons' Den where his business was described as “worthless”, Rob went on to:

Join this webinar to listen to Rob tell his extraordinary life story and learn how you, too, can defy the odds.

Take a look at the speakers BIOs here 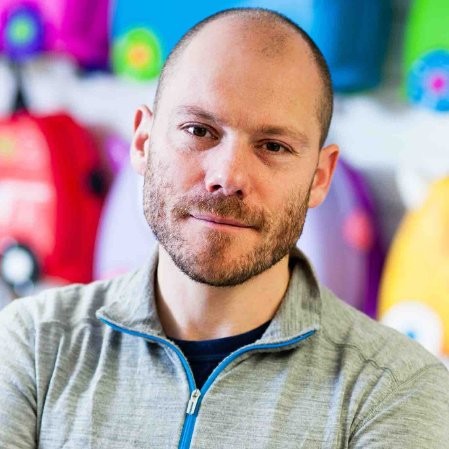 Founder and CEO of Trunki, the brand behind the much-loved ride-on suitcase for tots. From one of the most famous rejections on BBC Dragons Den in 2006, Rob successfully built a team who pioneered a new retail category of children’s travel products, designing and creating a range of innovative solutions which help families on the go.

Trunki has been trading for just over 14 years. They sold 4 million ride-on suitcases’, employ 80 team members, export to over 100 countries and have won over 120 accolades, including National Business Awards SME of the Year, featuring on The Sunday Times Fast Track 100 and I proudly received an MBE from the Queen for Services to Business, an Honorary DEng from Bath University & Honorary Degree of Doctor of Business Administration from UWE.

Building a talented team allowed Rob to be both CEO of Trunki as well as share his experience gained through out his journey to start-ups, SMEs, corporate, education and charity, to help future leaders make a positive impact to society.

"Rob and Peter had great chemistry and the virtual event felt as close to a real life physical one. Great way to spend an hour - a very inspiring story which was well expressed today."