Crazy Conversations: How They Destroy Businesses

Crazy conversations happen online and offline, face-to-face and behind walls of anonymity. They’re defined by all parties entrenching their positions and losing the capacity to embrace the doubt and uncertainty that’s necessary to advance any idea or enterprise.

The roots of this behaviour are in the biases and heuristics that define the way we think. For example, the Planning Fallacy, originally developed by Kahneman and Tversky to explain how we underestimate the time it takes to complete projects, has been extended to cover systemic cognitive mistakes we make when we expect the future to bend to our will. This problem is compounded when they become inflexible when faced with the fragility of our plans.

In a brilliant scene (Beware: spoiler alert!) from the Oscar winning film Parasite, a family, along with hundreds of other people made homeless after a flood, find themselves spending the night on the dirty floor of a gymnasium. In despair, the scene unfolds with the father, Ki-taek, speaking to his son Ki-woo:

Ki-taek: Do you want to know how you make a foolproof plan?

Ki-taek: Don’t plan at all.  Have no plan. If you plan, something will always go wrong. That’s life. Look around.  Do you think these people got up this morning and said “Tonight I’m going to sleep on a dirty floor with hundreds of strangers”?  But look where they are now. Look where we are. That’s why you should never plan. If you don’t have a plan, you can’t fail. You can’t do anything wrong.  Doesn’t matter if you kill someone or commit fucking treason. Nothing fucking matters. You understand?

While this is a savage denunciation of all planning, it contains an important truth: plans may have their place but agility, the ability to be flexible in the face of the future, is much more important.

Crazy conversations, (and the dysfunctional personal and commercial behaviours, that are both cause and effect in an endless feedback loop), happen because we get entrenched in habitual patterns of behaviour and if we are challenged these patterns are not changed - they deepen. The effects on marketing, sales and operational behaviour are corrosive.

Having open, responsive dialogue is the key to personal and commercial success. While there are many approaches that can make these conversations happen, the key is to see the goal of every conversation as understanding not winning. It’s also crucial to understand that conversations, despite their apparent focus on facts or beliefs, are ultimately about emotion and identity.

Having a clear commercial understanding of this is crucial to Cognition as we challenge our own biases and assumptions as much as those of our clients. That’s why marketing and sales success is almost always predicated on helping individuals, teams and organisations change the way they think, feel and act - which begins with good conversations.

Want to hear more from Dr. Peter Hughes? He will be talking at our next event in May 2020.

Sign up to be alerted about all new Cognition events that go live this year. 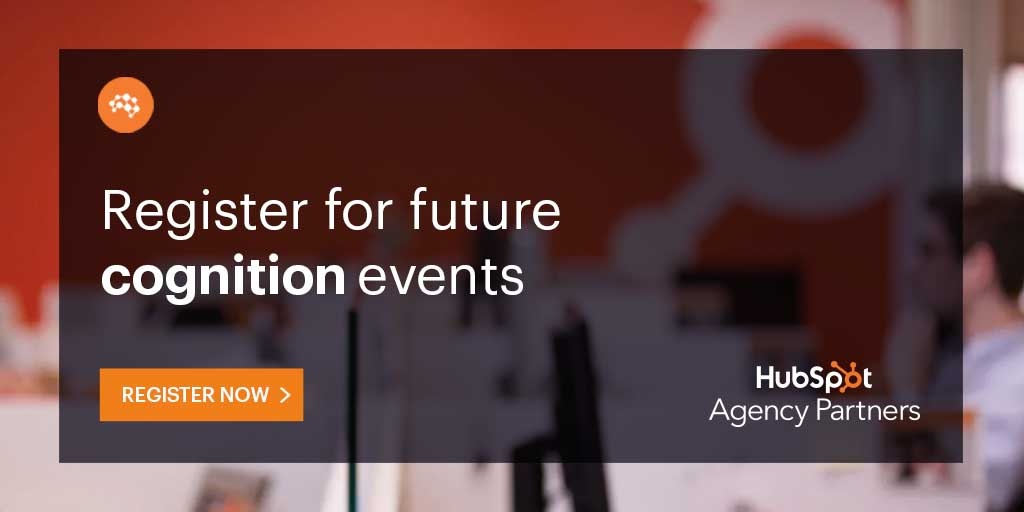 Alternatively, if you would like to speak to one of the team about how Cognition can help your business, please get in touch via the form below: