What can you learn from playing computer games?

In today's age of total social immersion and rolling lockdowns, how can you ensure that your company keeps on benefiting from electronic media?

It is argued that with multi-user game-based learning it is possible, through their inherent educational mechanisms, to sustain learning throughout your organisation. This is not such a far-fetched claim, especially when one considers that the so called “net generation” is intrinsically motivated by games – so much so that that commercial video games, or commercial off the shelf (COTS) games, may have a significant role in the office to facilitate the development of a range of crucial transferable skills. As suggested by their title, COTS are games that one can purchase on the high street and as such are often overlooked by scholars studying the pedagogic efficacy of bespoke educational gaming environments or serious games. There is much value in high street “edutainment” as a learning tool as it blurs the line between work and play, maintaining initial levels of concentration through a synergy between entertainment and education.

It is easy to dismiss such video games as commercially driven distractions, but in fact COTS have been linked to increased motivation, more varied learning methodologies, and performance at least equal to that achieved by traditional means, but with greater enjoyment of the learning process itself. The full range of learning mechanisms inherent in game playing can be summarised into a number of overarching and overlapping themes that detail the importance of cognitive stimulation, motivation, constant assessment, and the encouragement of a system style of thinking. In addition to this, features unique to COTS such as in-game tutorials, challenging levels and eventual boss characters, exist to incentivise the player into a learning process analogous to the educational phases of learning, practice, and assessment, that teach what is essentially “the scientific method”.

Lets first consider cognitive stimulation and take Alexey Pajitnov’s Tetris and the so called “Tetris effect,” a form of hypnagogic imagery resulting from playing the game that affects the player first during play and continuing to do so when the player is asleep. The elemental shapes (or “Tetriminos”) found in Tetris stimulate our visual system to engage in low-level pattern recognition. Players not only report seeing falling Tetriminos in their peripheral vision but also while dreaming and even find themselves attempting to mentally interlock real world objects together. Indeed neuropsychological patients suffering from dense amnesia also report the Tetris effect despite being unable to recall having played the game in the first place!

Video games also motivate players with constant incentives based on the gratification of problem solving. Whether it be victory over the game’s battles, solving a puzzle or the prospect of a better-looking character to control, the player is constantly motivated with goal orientation via a carefully calibrated balance of rewards, challenges, and chance.  Players dislike interruption primarily because it interferes with their learning and odds of success; entertainment is a factor, but it is secondary to successful skill and knowledge development.

Ironically then, having paid to be entertained, the player, quite happily, spends most of their time learning skills to overcome assessment, working toward optional personal goals, and compulsory ones set by the game designer.

Application to the workplace

It goes without saying that persistent motivation and goal-orientation are characteristics sought after by most organisations, the latter of which is no better demonstrated than with the example of Origin System’s ‘Ultima Online’. In this multiplayer online game, hundreds of thousands of players play together online in real time, both cooperatively and competitively to develop their virtual characters. Players work on their skills and acquire in-game wealth either through trade, force, or in some cases, much like in real life, a mix of both.

Such motivation is significant and motivates behaviour that is transferable back into the organisation.  This can be seen with the example of Troy Stolle, a construction site worker from Indianapolis who, having spent all day at his “bone-jarringly repetitive work with hammer and nails” (Johnson  2006, p. 27), would come home to Ultima Online and repeat essentially the same process in a virtual world. Stolle’s character, nicknamed “Nils Hansen,” was a Grandmaster Blacksmith, a title that took him 6 months of online smithing to achieve. Smithing in Ultima Online involves clicking one’s mouse cursor on virtual hillsides to mine ore, traveling a few minutes to the forge to click virtual ore into ingots, and yet more clicking to turn said ingots into weapons and armour. Making the process even more time-consuming, each time any of these processes, which can fail outright, take place the output can produce high or low quality material, the latter of which is often worthless and thus scrapped. Playing these games is like “having a part-time job – only instead of getting paid, it costs you money” (Johnson, 2006, p. 27). Stolle was replacing his physical hammer and nails with a virtual hammer and anvil, and paying a monthly fee to do so; he was also, albeit perhaps unwittingly, gaining transferable employability skills in the process, such as product management and an acute sensitivity to both the in-game economy and his customer base.

Central to the efficacy of COTS as a learning tool is the design principle of delayed gratification which is granted only when the player’s skill and consistency has been assessed and deemed sufficient to proceed to the next, inevitably harder stage of assessment. Capcom’s “Devil May Cry” is a case in point, employing a letter grading system that evaluates player performance dynamically, providing feedback by modelling the results of the player’s decisions. Rather than evaluating player performance only at the end of a gaming period, nearly a quarter of the display is at all times dedicated to a dynamic grading system which ranks the player’s understanding of the game mechanics based on their performance. Should the player execute a varied and effective gameplay strategy that demonstrates an understanding of all they have been taught, their rank will rise through D, C, B, and A–S, the equivalent of an A+. Should the player’s successful execution of their strategy be countered and their learning interrupted this rank is reset back to D. This assessment is compiled at the end of each level in the form of a report, providing the player with an overview of their performance, individually ranking elements of gameplay such as speed and efficiency, as well as assigning an overall grade.

Is traditional education due an upgrade?

This kind of dynamic feedback is in direct contrast to that of traditional education, which tends to follow a modular based structure that presents a relatively limited picture of a learner’s progress. The relevance to learning then is that, as teaching devices, games can constantly and automatically assess the learner’s ability from the moment they start playing to the moment they stop; this is a promise that few other pedagogic tools can truly deliver on.

Related to this is the unique ability for COTs to teach us the value of failure. Probably the most common source of failure for learners is failing to engage with a task in the first place. Video games bypass this personal barrier by adhering to the design principle of ‘low cost of failure and high reward for success’. Players choose to escape to game worlds, despite the fact that they constantly and bluntly assess their efforts, because they are incentivised through failure as much as through reward. Take for example, Harmonix’s “Rock Band,” which like “Devil May Cry,” is another game that constantly assesses skill. The game gauges players’ success rate as a percentage which improves each time. What keeps players interested is that failure occurs so often that it is effectively redefined as temporary, your efforts redeemable and improving with each attempt; failure is a reality, but it is one without consequences significant enough to deter your learning. This redefinition of failure avoids a common pitfall of edutainment; sacrificing challenge in an attempt to keep the player entertained. Here, the learning process delivers on both fronts and while at times it is challenging, it is rarely disenchanting for the learner. Success, however illusive, never seems out of reach because the relatively low cost of failure brings the two concepts much closer together, making them less absolute. Even in the event of success, player achievement is qualified, with a percentage often in the 80s or 90s. Due to the low cost of failure we are encouraged to strive for perfection, rather than being content with a minimum pass mark, reminding us that we have not won, but rather ‘failed better’.

The final skill that COTs can teach us is probably the most important to any organisation and that is to encourage learners to develop a wholesale systems-thinking approach. Wright’s “SimCity” might not teach players what single-handedly running a bustling metropolis is like in real life but what it does teach is how different variables within a system interact in emergent and complex ways. As a result, the player learns to instinctively view the situation in front of them, be it real or virtual, as a whole and as such can micromanage accordingly. They see each immediate task as part of a much larger system with numerous different, interacting variables at play, developing their own mental model in order to introduce order to something that is otherwise chaotic. This is significant because at present educational programs are striving to offer the learner content that is both dynamic and interactive. The capacity of video games to scale their cultural models to micro or macro levels and the dynamic nature of their content arguably makes them more indicative of, and relevant to, the world outside of the formal classroom and more relevant to the world of work. This process is hugely incentivising in that it allows and encourages players to constantly gauge their progress, reminding them of where they’ve come from, what they’re striving toward, and how close they are to achieving it.

Despite their challenging sophistication, themes and game mechanics and an audience with supposedly low attention spans, COTS sell in the millions. These games have the potential to demonstrate a synergy between pedagogy and engagement. At the very least, the prospective benefits of game-based learning provide us with reason to examine our fear of diluting the aims of education by introducing elements of entertainment. Educators can and should take advantage of the untapped resources of COTS to establish contemporary pedagogy that is exciting, interesting, and relevant for the modern-day organisation.

Johnson S. (2006). Everything Bad is Good for You. London: Penguin Press [Google Scholar] 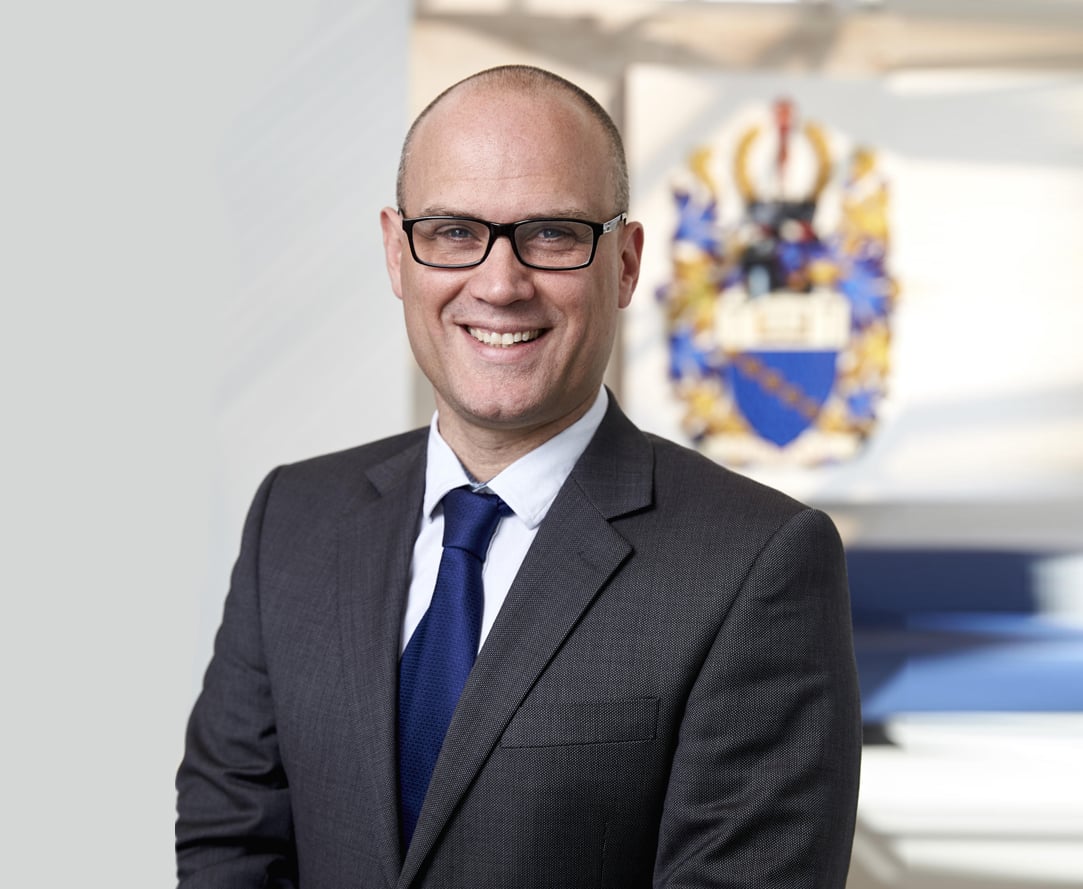 A behavioural scientist with 20 years’ experience working at the interface between social psychology and organisational behaviour. Carl joined Aston University, UK in 2004 as Reader in Psychology after holding a visiting fellowship in Behavioural Sciences at the National Institutes of Health, USA. He is a Visiting Professor to the University of Gibraltar and was elected a Fellow of the British Psychological Society in 2015. Carl is also a member of the Cognition scientific board.