Why Route to Growth is the only route to growth.

Every business needs growth and every marketing agency is expected to deliver it. Few of them do. Why?

One of the main reasons is they mistake luck for judgement. This is a common human error and a famous experiment shows how it happens.

In 2001, a financial astrologer, an experienced City analyst and a 4 year-old child were given £5,000 to invest in four companies on the stock market. The astrologer based her decisions on company formation dates while the City analyst used his many years experience to make informed investment decisions. Tia, the 4 year-old girl, had a lot more fun deciding how to invest her money. A hundred bits of paper were dropped from a balcony at Barclays Stockbrokers, each with a company name on it. Tia ran about trying to catch them and eventually chose four bits of paper. In the interest of fairness the other participants were given the opportunity to change their minds. The astrologer got more information from the stars and a force she called “planetary wind” and changed three of her choices while the City analyst, ever confident in his judgement, stuck with what he had.

At the end of the experiment, all three investors had lost money. The astrologer’s stocks had fallen 10.1%, the analysts had suffered a minor collapse of 7.1% while Tia’s investments had fallen by just 4.6%. Tia was the winner.

The astrologer and analyst were, as is the tendency of our species, ungracious in defeat. The analyst told the press he had expected Tia to win all along while the astrologer complained she wouldn’t have bothered playing if she knew Tia was a Cancerian. A year later, Barclays re-examined the investment choices of three investors to see how they had fared. The City analyst’s choices fared worst and he made a 46.2% loss in his original investment. The astrologer made a 6.2% loss while Tia’s investments had earned her a 5.8% profit in a volatile and falling market. Tia didn’t gloat in victory. She just asked if she could play the game again because she loved catching all the bits of paper.

Both the astrologer and the City analyst could not accept randomness. They had to explain it either by foreknowledge (the analyst) or the mysterious workings of the universe (the astrologer). This experiment shows that for us to be blind to the role luck plays in our judgements we have to be unaware of the role cognitive biases play in our decision-making. This results in us justifying our blindness and setting the conditions to make the same mistakes again.

In marketing, this lack of awareness is the main reason why marketing plans fail. If marketers don’t understand the basics of psychology and probability, the outcomes of their marketing will be as random as Tia catching bits of paper off a balcony. If we don’t understand why this is happening we will seek to defend our ignorance and repeat it.

Cognitions’ Route to Growth (RTG), developed over 18 years, creates the only marketing platform for growth that takes into account the effects on decision-making of randomness and cognitive biases. Using research, data, psychology, automation and the integration of every element of the marketing mix, RTG creates clear thinking and prevents the following common marketing errors:

Knowing how to use evidence, avoid the pernicious effect of biases and leverage luck though automation and integration is the real secret of Route to Growth. As such, it is the only route to growth with the strategic insight and tactical flexibility to increase the odds of success dramatically. That is more than good marketing: it’s as good as marketing gets. 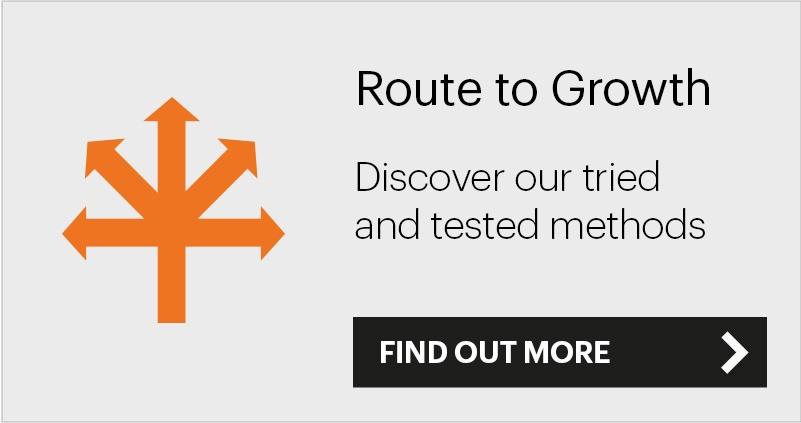