The Trunki story: Succeeding in business against all the odds

The Trunki story: Succeeding in business against all the odds 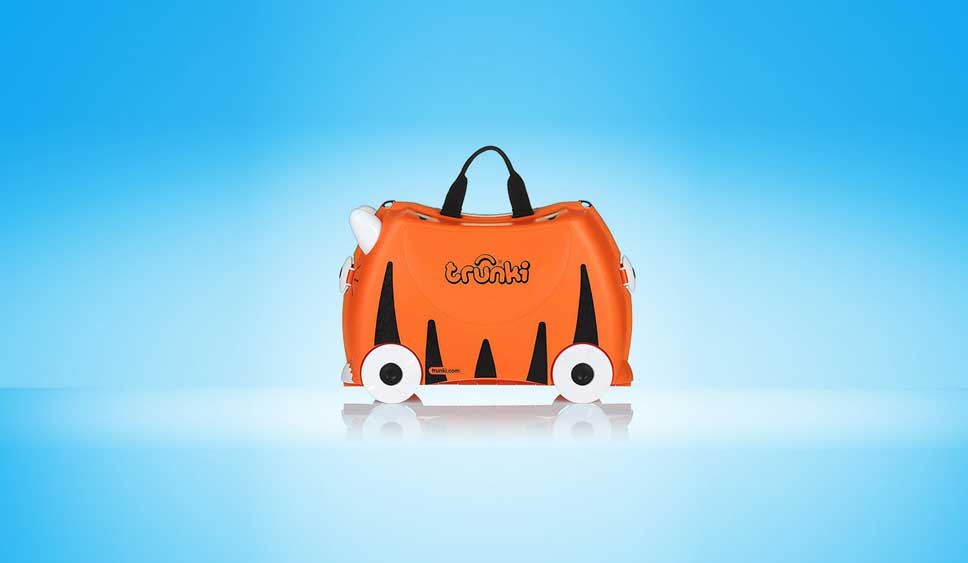 Defying the odds in life and business is easy to say but extremely hard to do.

What makes it so difficult is that we are often paralysed by the Fear-Habit cycle. Ingrained habits are difficult to change and can stifle innovation. The deeper those habits are set then the greater the fear that has to be overcome.

This explains why the American philosopher William James wrote that “the human individual lives usually far within his limits; he possesses powers of various sorts which he habitually fails to use. He energises below his maximum, and he behaves below his optimum.”

The antidote to this fearful, anxiety-driven psychology is maintaining a clear focus on what we can control and ignoring the rest. Again this is easier to say than do and it’s what makes entrepreneur Rob Law’s story so remarkable.

Humiliated in Dragons’ Den where his Trunki ride-on suitcase was described as ‘worthless’, Rob went on to create a new category of product, build a global brand, win more than 120 awards and gain recognition from the Queen. For most entrepreneurs that, in itself, would be a huge success.

However, Rob had even bigger odds to defy. He watched his twin sister die at the age of 16 from cystic fibrosis, an illness from which he too was expected to die at a young age.

In 65 Roses and a Trunki, his biography published later this month by Wiley, written with Cognition co-founder Dr. Peter Hughes, Rob tells his remarkable story. He describes how, after Kate’s death, he made a promise that was to change his life:

I made a promise to myself. I promised that Mum would never grieve over me. Kate was the last child she would lose. Determined to defy my prognosis, I took control over my life in the best way I knew, which was to solve the problems I was good at solving and forget about the ones over which I had no control. Those problems were practical ones and they were the key to my survival. From an early age, I loved making things, finding out how things worked, moulding fragments of the world to my will. I had a prodigious imagination and imagined making extraordinary things. I also had the self-discipline to make it real. I couldn’t solve the problem of senseless suffering. To this day, I can’t watch a hospital scene on television where a life support machine is being turned off, without crying. I also can’t listen to my partner telling me her problems without wanting to find a practical solution. While that may be irritating for her at times, for me it’s the cornerstone of my survival and my success.

The biggest lesson my early life taught me was to know what you’re good at and get better at it. This takes focus and self-discipline. It also takes humility and that’s the most important lesson I’ve learned. When people look at leaders of any sort, they’re quick to identify their extraordinary drive or sense of purpose. What is often overlooked or misunderstood is the humility it takes to be successful. Anyone who thinks they have nothing left to learn or even those who become leaders in their field and fall into complacency will always be overtaken by others. Humility means knowing there is always more to learn, that you can always be better at what you do, that there will be others who are better at doing what you do and from whom you can learn. It’s a lesson that applies to anyone who wants to lead.

Practical problem solving and design is a humbling process. I have come up with a hundred ideas that have failed for every one that works. I accept that ratio and so must anyone who wants to succeed. The secret is to see failures as problems that can be overcome and not as terminal blocks to progress. An example of this was when I went into the Dragon’s Den and Theo Paphitis broke a strap hook on the Trunki. For me, there was an easy solution. For him, it was an insurmountable problem. That doesn’t mean he isn’t a good problem solver. If he wasn’t he wouldn’t be one of the country’s most successful entrepreneurs. It just means he missed a business opportunity. He will have missed others for the same reason. So have I. And so has every successful entrepreneur. As we move through life, we are taught, again and again, the same lesson: be humble.

Bad things, as Rabbi Harold Kushner pointed out in his famous book When Bad Things Happen to Good People, will happen to all of us. We have no control over that. We do, however, control how we play the cards we’re dealt. In Kushner’s case it was finding meaning in his son’s illness. Kushner’s son suffered from progeria, a rare genetic disorder which meant he aged much faster than normal children and died in his teens. For Kushner, the challenge was a spiritual one of how to sustain his faith in the face of such random injustice. For me, the challenge was a practical one: how could I use my fascination with product design to live the best life I am able to live. To people with a stronger emotional focus, this may seem like evasion. It’s not. It’s just another way of getting through the night – sometimes quite literally: my physiotherapy was done on a ‘tipping bed’, a medical looking frame and thin mattress that positioned me at a 20 degree incline while I ‘percussed’ my chest by tapping it to create vibrations to dislodge mucus off my lungs. So when I went to university I designed and built my own bed with hidden legs that swung out at the back to create the necessary incline. I also designed it to look like a normal bed, rather than a piece of medical equipment. A normal bed for a normal student leading a normal life.

Survival and success are simply the by-product of my single-minded determination to focus on what I love doing and build my life around it. I do this by choosing which battles to fight and which to ignore, always doing my best (and often not succeeding) in keeping focused on what I can control and ignoring the rest. That, I believe, is the story of how lives can be well-lived and businesses built on firm foundations.

Listen to Rob Law in conversation with Dr. Peter Hughes, recorded on 18th June, an event that marks the official launch of the book, where he talks about how he defied the odds in life and business.

We promise this will be one webinar you’ll never forget.


We are happy to discuss your current challenges, how you can adapt, and how your business can think, feel, and act differently.

Use the button below to schedule our virtual coffee break at a time to suit you.