Why Marketing Agencies Over-Promise and Under-Deliver 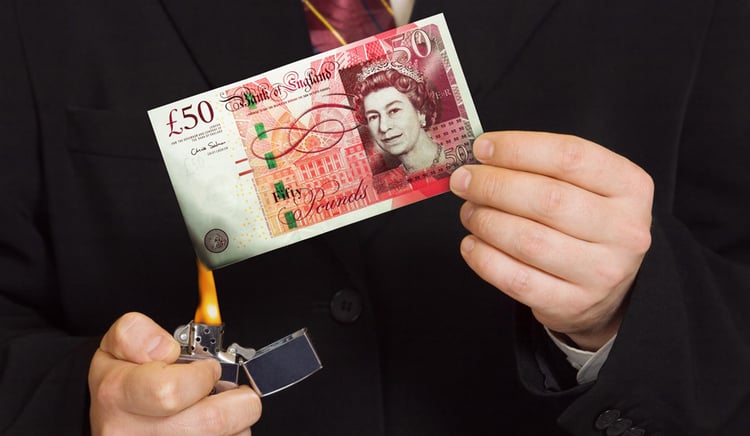 Why Marketing Agencies Over-Promise and Under-Deliver

In any commercial transaction, there are two parties: a buyer and a seller. When things go wrong, which they frequently do, each party is more likely to blame the other. The reason for this has nothing to do with what happened but with the interpretation of what happened. And this is where we are all susceptible to the delusions hardwired into the structure of the human brain. For instance, we tend to see our own errors as understandable while we greet the errors of others with surprise, incomprehension and phrases like, “I explained it at least three times” or “How could they be so stupid” or “It was so obvious, I can’t believe they missed it.”

If you combine this with our tendency to entrench our position when our beliefs and opinions are attacked it’s not difficult to see what drives the ‘blame game’ and how it can escalate so quickly.

In the marketing industry, it is common for agencies and clients to fall out and often the ‘blame game’ goes something like this: the agency blames the client for not giving them enough time to make things work or for expecting too great a return for too little investment while the client blames the agency.

In the majority of cases, they both are and if both sides could see why this is the case, then agencies and their clients would be able to have more productive relationships.

The problem begins with the fact that most client-agency relationships begin with shared delusions that neither party does enough to challenge. The agency believes the only way they can get business is to promise what they may be able to deliver but are unable to control: high volumes of leads and sales.

The client believes the only reason to hire an agency is because they want what the agency may be able to deliver but can’t control: high volumes of leads and sales.

So they both shake hands on a deal based on spurious promises and unrealistic expectations.

The reason that such nonsense goes on is not because the agency is incompetent or because the client is stupid. It happens because the deal is based on an over-estimation of our abilities and our tendency to underestimate the risks associated with what we do.

The solution to this problem is for the agency to be honest.

Here’s an example from our own archives: A company approached Cognition with a budget of £12,000 over four months and during that period they wanted a 20% uplift in leads. We looked at a number of inbound and outbound options, mostly digital, to see how that could be delivered and it couldn’t. We then did some research and estimated that getting a 20% uplift in leads for that company in the extremely competitive sector in which they operated, would cost between £72,000-£78,000 and even then the outcome couldn’t be guaranteed.

Instead, we offered to help them create a strong platform for growth, which they could then test and refine as necessary. They said it wasn’t enough. We walked away.

The company then hired an agency that said it could deliver 20% more leads for £15,000.

The result was another company who thinks marketing agencies offer a raw deal.

That case study encapsulates the reason why marketing agencies over–promise and under-deliver: the client wants certainty for their financial investment and the agency colludes with this delusion. Until agencies and their clients stop making decisions driven by cognitive biases and start working with facts and evidence, this sorry state of affairs will continue.

We have spent 18 years developing a marketing methodology that gives companies the best opportunity of making significant returns in investment but it’s a strategy based on probabilities not certainties. In other words it’s as honest and effective as marketing can get. Marketing is after all, an art as well as a science.