How Elisa Live saw a 68.6% rise in Amazon sales

How does a Finnish company enter the UK market from a standing start and over the first three months witness:

By using HubSpot marketing automation driven by the team at Cognition, that’s how.

Elisa Live is a division of Elisa, a large Finnish telecoms corporation that develops and builds wireless IP cameras.

Its cameras are designed to gain a foothold into the lucrative home automation market. In Finland, where Elisa is a household name, the product had gained considerable traction and had sold in the region of 100,000 units prior to its UK launch. However, there had been resistance from mainstream UK multiple retailers.

We started having a conversation with Elisa because sales volumes in the UK were extremely low. Not surprising, really, as they had no sales and marketing strategy to talk of.

Less surprising when you consider that the UK market was completely alien to them, too.

Aggressive sales targets had to be hit and all the while the competition were stealing a march on Elisa Live. Oh, and did I mention – there was no e-commerce platform either.

Should’ve walked away at that point, perhap. But it was a challenge we were willing to accept, not least because the product was in fact, fantastic.

To make the biggest impact through inbound marketing we embarked upon a three-point marketing strategy that utilised HubSpot at the heart of its automation to attract, inform and convert.

The first step was to conduct customer research, step two was the inbound strategy which fed into step three, to boost engagement on their website and app via SEO, landing pages and social media in order to drive traffic to the dedicated Amazon store pages. In addition, a customer implementation plan to retain and upsell subscription packages was introduced.

This was conducted to establish buyer personas and buyer behaviour.

Elisa Live provided various levels of service back up and we decided to concentrate on the premium package members for pre-qualifying criteria and implemented a marketing automation campaign via workflows and followed up by phone calls.

This determined which product a customer bought and why, which competition were considered, age, which features attracted them and what the main purpose / use of the camera was.

The workflow campaign was designed to drive sales and optimise the data list. The four key areas, were: 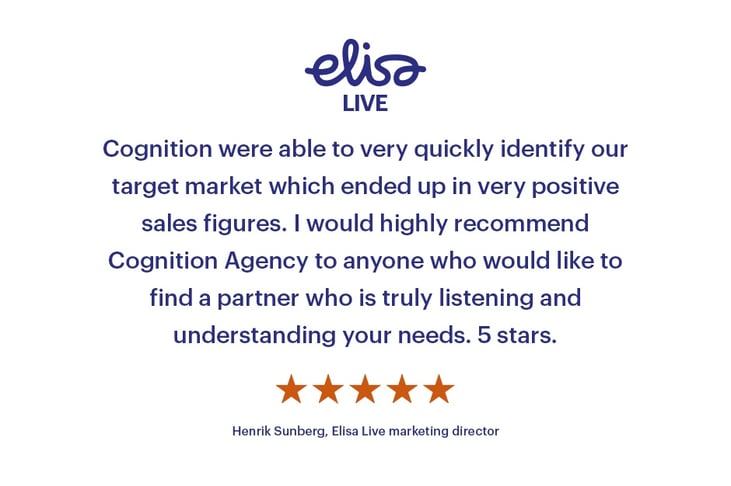